To share your memory on the wall of Michael Willette, sign in using one of the following options:

Michael was born in Burlington, Vermont on September 27, 1961 to Eva (Landry) Willette and the late James John Willette, Sr., who predeceased him in 2011. Michael attended Essex High School and went on to complete multiple technical trainings and certifications related to automotive and boat repair. He married Lori J. (Templeton) Willette on December 11, 1982.

Michael was employed by the Town of Colchester, where he was a mechanic in the town garage. He also spent many years working in automotive parts departments in the Burlington area, and was an expert in automotive maintenance and repair. Michael had a love and a knack for working on cars, trucks and boats. He was a marine mechanic for over two decades and maintained boats for people throughout the region. If it had an engine, motor, or wheels, he could fix it, often outside in the middle of winter or up to his neck in ice-cold lake water. You could always find him under the hood of a car, inside the hull of a boat, tinkering in his garage, or out for a ride on his Harley. Michael lived to help others and never said no when someone needed help. He showed up for people when they needed him and was a constant source of support for the people he cared about. He also had a great sense of humor and liked to make people laugh.

Michael also loved animals large and small and would go out of his way to help them. Whether it was giving a home to a stray cat, driving a sick gerbil to a veterinarian in Richmond, or the time he rescued a baby squirrel and brought it to a wildlife sanctuary where it was nursed back to health, when Michael saw an animal in need, he would do anything to help. Michael found his purpose in fixing and helping, whether it was fixing a car or boat, or helping people or animals.

As a kid, Michael loved spending time hunting with his uncles and cousins at deer camp. He also loved hanging out with his Uncle Norman working on his antique trucks and cars. He loved going to his Uncle David’s house every Christmas for meat pie, the highlight of Christmas each year for our family. Growing up, Michael loved going with his dad to the junkyard, having fun searching for things to fix; years later he would take his own sons to spend hours looking for things he could repair and use or give to others. Michael was a great father to his two sons, Ben and James, and would take them on their newspaper delivery routes early in the morning before school, out fishing on Lake Champlain, or for boat rides when they were kids. Michael was proud of his sons and taught them to be kind and helpful towards others.

The family would like to especially thank Michael’s cousin and friend, Dan Landry, for his help and support during these difficult days.

A graveside service will be held in mid-2021 when COVID conditions improve and we are able to gather safely to celebrate Michael’s life. Information about the service will be announced in the spring.

If you would like to make a donation in Michael’s honor, please consider making a gift to the National Suicide Prevention Lifeline at http://suicidepreventionlifeline.org or the Humane Society of Chittenden County at http://hsccv.org.
Read Less

Posted Dec 13, 2020 at 06:41pm
We are deeply saddened by the loss of our friend Micheal. Our sincerest condolences to his family. Michael always went above and beyond whenever we asked for help with our boat. He loved Sal's lasagna and we loved his stories. He will be missed.
Comment Share
Share via:
PP

Posted Dec 13, 2020 at 01:59pm
My sincere condolences to you Lori and your family. Mike was a terrific guy and will be missed by all that knew him. Peter Patch
Comment Share
Share via:
AB

Posted Dec 13, 2020 at 09:27am
Mike was a wonderful, kind and caring man. I have good memories of his thoughtful and peaceful smile. I am so sorry for his family who will miss him dearly.
Comment Share
Share via:
GS

Posted Dec 13, 2020 at 08:33am
My heart goes out to the family and friends of Mike, he was a good caring person who always gave of himself. Although we lost track of each other I never forgot him. My prayers are with you Lori.
Comment Share
Share via:
JC

My heart goes out to Michael’s family and friends. I knew Michael and family in the 70’s growing up in Essex on Gentes Road. The road had a bunch of kids on it. Desjardins, Knox, Griffin, LaRocques, Landry, Cote, Willettes, Duffy’s etc. Mike was a great kid growing up from what I remember before they moved away. He was my age and it saddens me he has passed so soon. RIP Mike Bonnie LaRocque Langlois 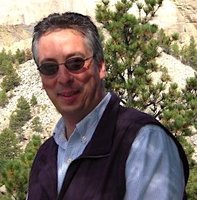