To share your memory on the wall of Michael Martello, sign in using one of the following options:

Print
Michael Martello, 92, died at his daughter Patricia and husband James Little’s home in South Burlington, VT with all of his loving family at his bedside.

Mike was the son of the late Thomas and Constance Martello. He was born in Burli... Read More
Michael Martello, 92, died at his daughter Patricia and husband James Little’s home in South Burlington, VT with all of his loving family at his bedside.

Mike was the son of the late Thomas and Constance Martello. He was born in Burlington on December 12, 1927. He spent the early part of his life living in Hoboken, NJ. He graduated from Burlington High School. He enlisted in the US Navy in 1945 and served until the end of 1948. Mike worked for various auto parts stores as a counterman selling car parts.

Mike was an accomplished jazz guitarist. He played with members of “Earth Wind and Fire”, Art Blakeys Jazz Messengers, Stan Getz and Zoot Sims. He performed with Carnegie Hall pianist Dr. Tony Zano from Boston and pianist Linton Garner, brother of Earl Garner. He once gave a jazz concert with jazz great Lionel Hampton. He played in the Burlington area for many years with many local musicians.

Mike met the love of his life, Marion Kelley, in 1949 and on June 30, 1951, they were married at St. Stephen’s Church in Winooski, VT. Together they had four children, Patricia, Thomas, Randall, and Kelly. He and his wife wintered in Ellenton, Florida for many years which they truly loved.

Mike is survived by his children and spouses, Patricia and James Little of South Burlington, Thomas and Gail of Fairfield, Randall and Patricia of Richford and Kelly and Randy Quenneville of Wolcott. He is also survived by brother Anthony and wife Kay, sisters Corona Sheppard and Dorothy and Jim Corrigan. Also his grand children Jacob and Heather Little, Nathan Little, Tommy and Nikki Martello, and great grand children Haley Drown, Ethan and Teagan Little, Skylar and Maddox Martello.

He was predeceased by his wife Marion, brothers Vincent and Helen Martello and Daniel Martello.

There will be no visiting hours.

Arrangements are under the care of LaVigne Funeral Home and Cremation Service.
Read Less

Posted Jun 11, 2020 at 10:21pm
To the Martello Family-great memories of dancing the night away to your Dad's music...he was a legend. Time spent in Woodbury Rd allowed for fun memories. My Mom, Phyllis Mercier used to babysit Kelley when she was a little one...sadly Mom passed this past Monday as well. I'm betting our parents are catching up in Heaven....cheers to the four of them reunited!

Posted Jun 09, 2020 at 11:59pm
To many people as well as myself my father was not just a great jazz guitarist but was also one of the kindest people you could sit and talk with. He was a very deep hearted family man that always put his family first. As a young guy growing up my dad was always gigging so I wouldn’t see him around in the evenings at the house, a d then he worked auto parts as a counter man during the day, making it difficult to connect at times, but we did, a d as the years went by we connected more and more all the time, mt dad and I were very close we talked everyday, I told him I loved him everyday, when my mother passed in 2003 he stepped right up to try and fill the gap, because he knew how hard it was on all of us, you would never see him cry, at least in front of us. My folks took us on some great family trips across the country when we were younger, I will cherish the memories forever, I couldn’t have asked for a better father, a more loving father, a better man to be raised by. I miss you dad and will always have you in my heart. Rest In Peace dad. 😢 your youngest son Randy. ❤️Xox 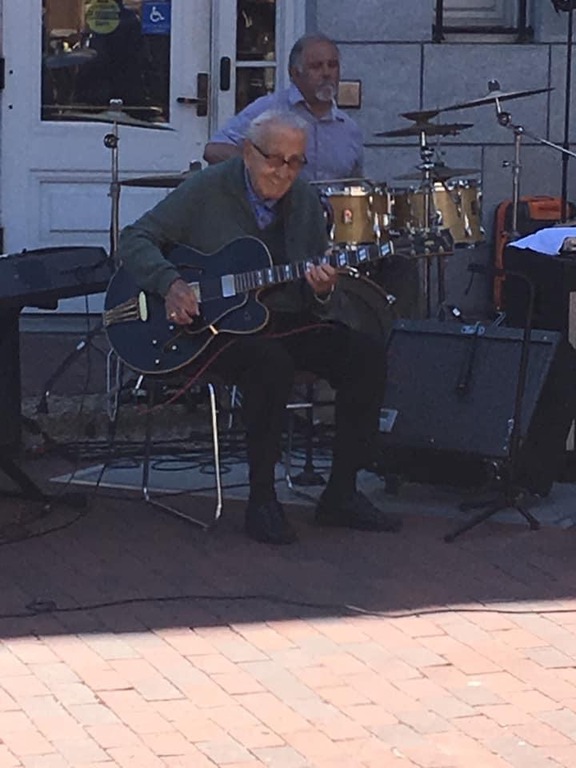 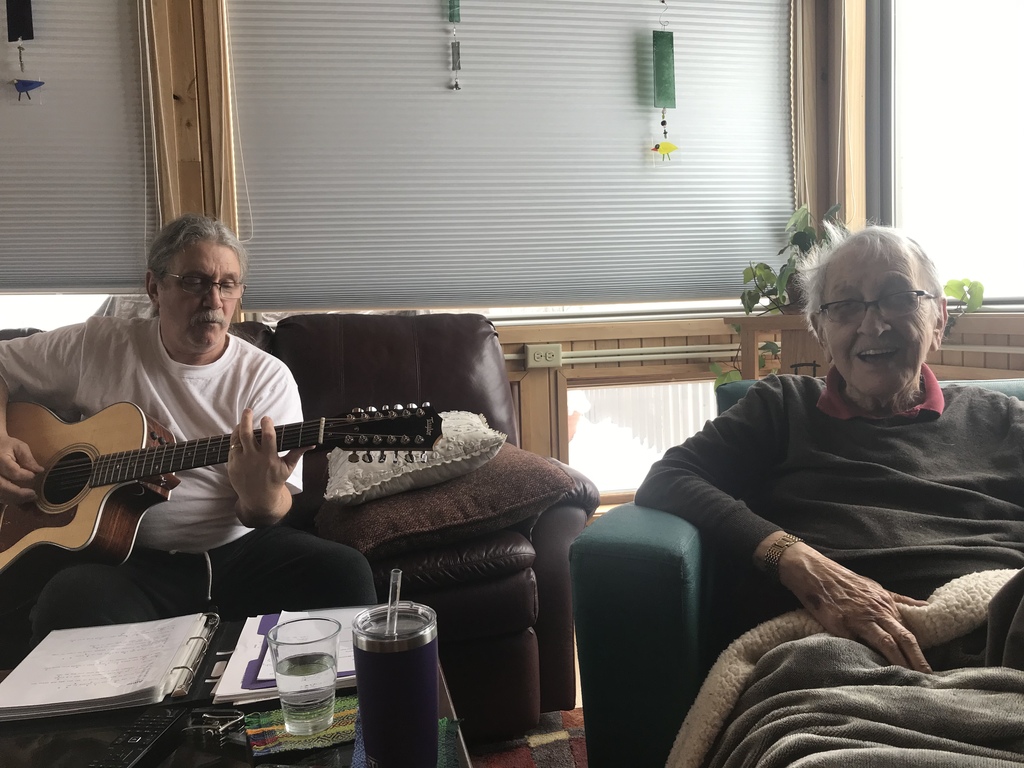 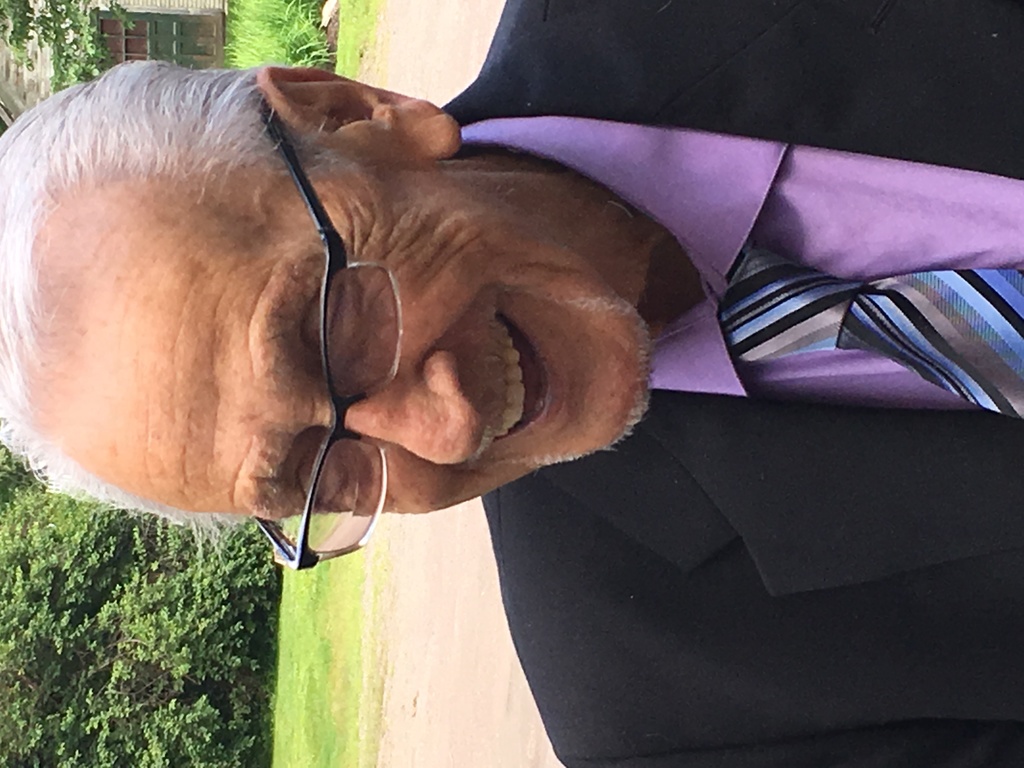 Posted Jun 05, 2020 at 10:53am
Some people are eternal in their impact. Mike is one of them. His music was pure joy and integrity, art and skill, his friendship always real and up front, his love of family deep, and his loyalty unmatched. Around Mike, every note and every word counted. He was my role model, friend and mentor, and always will be with us. Nick Warner
Comment Share
Share via:
C

I believe that my brother, Mike, was a legend in his time. He took his music career so seriously, as well as his family life. He told so many interesting stories about all the famous musicians he played with in bands. These musicians had so much respect for him and remarked on his wonderful guitar playing and even saying that he was the best that they ever heard. We used to talk on the phone about all his experiences and he was so comical with his stories at times. I commend family members who took such excellent care of him in his time of need. I will surely miss you Mike. Rest In Peace, my brother. I love you. 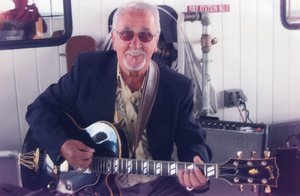 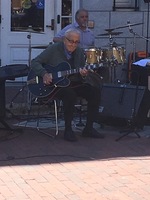 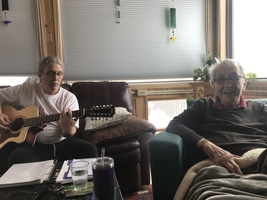 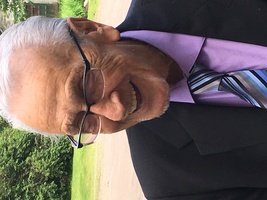