To share your memory on the wall of Wendell Johnson, sign in using one of the following options:

Red worked as a disk jockey and licensed broadcaster for radio station WSYB in Rutland and a lineman
for a Rutland cable TV company. He was a safety professional (for 28 years at IBM in Essex Junction, then
with the State of Vermont Risk Management Division, Ben & Jerry’s, and Twincraft) and founding
member of the Vermont Safety & Health Council. In addition to his full-time employment, he was an
auxiliary State Trooper, a Chittenden County Deputy Sheriff, and a patrol officer in Milton. He was a
Captain, Training Officer and Assistant Fire Chief for Colchester fire company and a first aid instructor.

In “retirement,” Red was Animal Control Officer for Huntington, a salesperson at Radio Shack, and a
member of the Vermont State Guard. He served as a volunteer for the South Burlington Police
Department. He liked using his tractor to help neighbors with snow removal. Red was a parishioner at St. Francis Xavier church and a volunteer with Boy Scout Troop 658 at St. Francis Xavier school in Winooski. He was an RC plane enthusiast and a Ham Radio Amateur Extra, K1RED. Red embraced his “Irish By Marriage” status and traveled to Ireland several times. He enjoyed hunting (21 straight years of reporting a legal deer), fishing in the Great Lakes and of course around Vermont, and camping, or more accurately, “glamping.”

Red was predeceased by his parents, his brother, Wayne, his son, Keith, and his best buddy, Bandit.
Survivors include his wife of 32 years, Maureen McMahon Johnson and her family, his children James
Johnson and Patricia Fecteau, their spouses Maria and Randy, his daughter-in-law Lora Johnson, sister-in-
law Lydia Johnson, and numerous grandchildren and extended family members. He was very, very proud
of his family.

In his own words, “Don’t feel sorry for me, my friends. I think I’ve more than lived my life to the absolute
fullest. Scares me sometimes when I think of all I have done and survived.”

Knowing Red’s love of animals and children, donations may be made in his memory to the Franklin
County Animal Rescue, 30 Sunset Meadows, St. Albans, VT 05478, the Shriners Hospitals for Children
(see https://www.shrinershospitalsforchildren.org/shc/ways-to-give1), or to Saint Francis Xavier School, 5 St Peter Street, Winooski, VT 05404.

A funeral Mass will be held at 10am on Saturday June 19 at St. Francis Xavier Church, 3 St Peter Street,
Winooski, VT. Burial will be at a later date at Woodlawn Cemetery, Rochester, VT, in the Johnson family
plot.
Read Less

We encourage you to share your most beloved memories of Wendell here, so that the family and other loved ones can always see it. You can upload cherished photographs, or share your favorite stories, and can even comment on those shared by others.

Posted Jun 04, 2021 at 02:14pm
Before Brian and I were born, Wendell lived with my family for a short time while he started working in Rutland. There is a story or two about his good natured humor and love of life. His laugh was always nearby and deep. Like many of my Johnson 1st cousins, Wendell's kids were my age, so I missed all the early years. He did love to talk about his kids and grand kids, sources of great pride and love for him.
Comment Share
Share via:
PF

Thank you Kevin, he was pretty love by us too! ❤️
AB

Posted Jun 03, 2021 at 09:39am
One morning, as I was going to work back in 1967, a cement truck turned in front of me at the intersection of Williston Road and Kennedy Drive in South Burlington . This was before shoulder seat belts and I hit the windshield. When I regained consciousness, the first face I saw was Wendell as he was trying to revive me. I will never forget Wendell. He worked with me at IBM for several years and I have always regarded him as a valued pal. I will truly miss him.
Alden Bartlett
Comment Share
Share via:
PF

Thank you for this memory he tools such pride in keeping everyone safe, this is a great memory I will keep always! 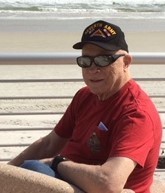 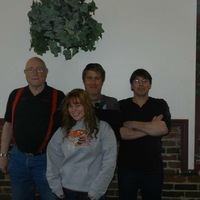 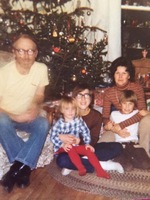 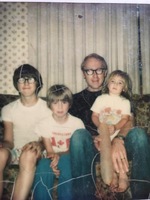