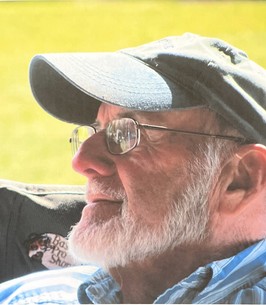 Victor Joseph Fremeau, aged 83, passed away peacefully on Sunday, May 15th. He was born in Winooski on December 21st, 1938 to Edward and Corinne (St. Hilaire) Fremeau.

Vic was a lifelong Winooski resident. He attended Rice Memorial High School (formerly Cathedral High School), graduating in 1959. After high school, he entered the Marine Reserves for 3 years where he served as Lance Corporal. Later he graduated from the Vaughn United Barber School System in Hartford Connecticut.

Victor and his wife Lucille were married on February 24th, 1962 at St. John Vianney Catholic Church, in South Burlington. They recently celebrated their 60th wedding anniversary.

He was a barber in his earlier work years, and continued to be the unofficial Fremeau family barber for much of his life. He also worked at the Chittenden County Superior for over 30 years.

Victor had a passion for history and enjoyed traveling around New England. Left to cherish his memory are his wife, Lucille (Cota) Fremeau, daughters; Colleen (Dean) Lafont and Christine (Paul) Shaw , sons Mark (Lynne) Fremeau and Michael (Amy) Fremeau. He was a wonderful Pepere to his grandchildren: Nathan and Katherine Lafont, Rachel, Seth and Ryan Fremeau, Morgan and Briana Fremeau and Laura Shaw. He is also survived by his younger sister, Cecile Fremeau, as well as his brothers and sisters-in law: Robert Cota (Terrie), Kenneth Cota (Dottie), Annete Desorcie, and Linda Vanzile (Hank), as well as many nieces and nephews.

Victor was a very caring husband, dad, grandfather and friend. He was always willing to help others. He was well-loved and will be missed by many.

Visiting hours are Thursday, May 19th from 4-7 at Lavigne Funeral Home, Main St Winooski. A funeral service will be held on Friday, May 20th at 11:00, at St. Francis Xavier Church in Winooski, followed by a burial at St. Francis Cemetery.