To share your memory on the wall of Roger Desautels, sign in using one of the following options:

Print
Roger “Dizzy” Desautels, 72, a longtime resident of Winooski, passed away on May 29, 2021 with his loving family by his side.

Diz was born in Burlington, August 9, 1948, to the late Reginald and Florina Desautels. He graduated from R... Read More
Roger “Dizzy” Desautels, 72, a longtime resident of Winooski, passed away on May 29, 2021 with his loving family by his side.

Diz was born in Burlington, August 9, 1948, to the late Reginald and Florina Desautels. He graduated from Rice Memorial H.S. in 1966 and attended college in Nebraska with a baseball scholarship then transferred to UVM. He was employed for nearly 40-years at Hayward Tyler, Inc. in Colchester, running the Canadian operations. After retiring in 2017, he went into custodial services for the Williston School District. He served for the good of others as a volunteer firefighter for the city of Winooski from 1988 through 1998.

Diz married his beloved wife, Diane Brochu, on April 13, 1985 in Winooski, where they raised their three children. He loved his kids with a passion and was often seen with them, either playing soccer or teaching softball during their youth. It was his ability to teach his own kids that led him into a career of coaching. He gave unselfishly of his time to coach within the Winooski School District and Recreational Youth Sports for over a decade, where he became “Coach Diz”. His biggest joy was helping kids and watching them succeed.

Diz always enjoyed the simple things in life; spending time with family, watching his favorite sports teams (Red Sox, Blackhawks, Patriots) or old classics like Johnny Carson and Hee Haw. His favorite hangout was McKee’s Pub and Grill, playing pull tabs and hitting the $599. He loved to travel with his wife to Aruba and looked forward to annual anniversary trips to Cape Cod.

He was a devoted grandfather and would light up while spending time with his grandkids, experiencing each of their milestone moments. He touched so many lives with his strong connection with people and willingness to jump in and help.

A memorial service will be held at LaVigne Funeral Home in Winooski, Vermont on June 25, from 10am to 12pm (noon). As we come to terms with this loss, we invite friends and family to a celebration of life at Mckee’s Pub and Grill following the service.

The family would like to thank Becky McCormick, attending ICU RN for her attentive care and dedication.
To make a donation in Diz’s name, the two near and dear to his heart were: Cystic Fibrosis Foundation, in honor of his niece Callie Brochu; and Charcot-Marie-Tooth Disease, in honor of his grandson Brayden Baker.
Read Less

We encourage you to share your most beloved memories of Roger here, so that the family and other loved ones can always see it. You can upload cherished photographs, or share your favorite stories, and can even comment on those shared by others.

Izabella and Huntley Family sent flowers to the family of Roger "Dizzy" Desautels.
Show you care by sending flowers

Guaranteed hand delivery by a local florist
I

Posted Jun 15, 2021 at 11:48am
To the Desautels children,
Your father was one of the nicest people I know, what a gift he was to all who knew him. You have our deepest sympathy. Your father always bragged about how wonderful you were. I hope you know that you meant the world to him. He was a wonderful man and will be missed, but more importantly he will be remembered. Love and prayers to you, we are truly sorry for your loss.

Posted Jun 12, 2021 at 05:05pm
Desautels Family,
Sorry about the loss of your husband, brother and uncle. Your family will be in my thoughts and prayers.
Comment Share
Share via:
HF

Posted Jun 12, 2021 at 12:05am
Dizzy was such a great guy. We are so very sorry for your loss. If there is anything I can do please don't Hesitate to reach out. Adam Huntley

Posted Jun 10, 2021 at 06:30pm
Dizzy was a great person. My twins played basketball with his twins. Everyone will miss such a man with a special heart. Greatly appreciated your kindness.
Comment Share
Share via: 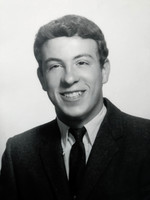 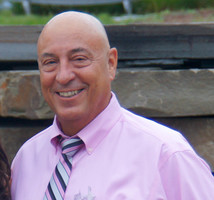 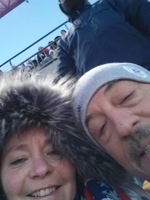