To share your memory on the wall of Robert Gendron, sign in using one of the following options:

Print
Robert Edmund Gendron (Bob) 85 of Burlington went to be with his Lord and Savior on February 23, 2021. Bob was born a twin with his brother Richard on July 4, 1935, to William & May Gendron.

He attended Nazareth Middle School and gradua... Read More
Robert Edmund Gendron (Bob) 85 of Burlington went to be with his Lord and Savior on February 23, 2021. Bob was born a twin with his brother Richard on July 4, 1935, to William & May Gendron.

He attended Nazareth Middle School and graduated from Cathedral High School in 1955. He later took computer classes at CCV. He joined the Vermont Army National Guards where he spent 30 dedicated years. After retiring from the Guards he worked at Cassler's Toys for many years before he went to work for Chittenden Bank where he retired for good. Bob was a longtime parishioner of St. Francis Xavier Church. He was a member of the CB Radio Patrol Club and a Third and Fourth Degree member of Knights of Columbus.

Bob was a die-hard N.Y. Yankees and N.Y. Giants fan. He loved watching all the games as well as reading, writing, putting model cars together, and most of all he loved anything that had to do with trains. Bob was a longtime resident of Winooski but resided at Birchwood Terrace where he lived out the rest of his life. He is survived by a very special aunt who was like a sister to him, Marion Howard, and numerous nieces, nephews, and cousins. He was "Uncle Bob" to many, many people, family or not.

Due to Covid-19 the family will be holding a cremation ceremony in the spring when it is safer for family and friends to get together. Arrangements are under the care of LaVigne Funeral Home and Cremation Service.
Read Less

We encourage you to share your most beloved memories of Robert here, so that the family and other loved ones can always see it. You can upload cherished photographs, or share your favorite stories, and can even comment on those shared by others.

Plant a Tree in Memory of Robert
Plant a tree 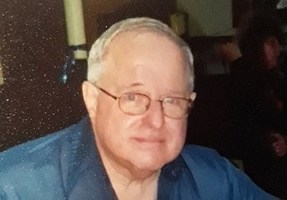