To share your memory on the wall of Marcelle Klopfstein, sign in using one of the following options:

She was born in Saint-Ursanne (Canton Jura), Switzerland in 1924. Its name refers to Saint Ursicinus, a seventh-century monk who built a monastery here. The river Doubs makes a loop at Saint-Ursanne and was central to the Brack’s lifestyle with the family living on the banks of the river near the Doubs Bridge built in 1728. The picturesque town includes a church that was built between the 12th and the 14th century and served as a cornerstone of Marcelle’s Catholic faith her entire life. The Bracks were originally from Alsace, France and settled in Switzerland in 1878.

Marcelle loved Saint-Ursanne commenting it was a little town, tourist oriented, French speaking and church centered. She excelled in school and gymnastics. During the Great Depression Marcelle and her family would travel Sundays each summer to her aunt’s farm to cut hay and pick vegetables.

Marcelle met the love of her life Rene in her hometown of Saint-Ursanne where he had just moved to apprentice with the local butcher. She was leaving Sunday mass when she first met Rene, who was introduced by his local friends stating “this is the girl for you”. They dated exclusively for several years in Saint-Ursanne then moved separately to Basel, Switzerland, where Marcelle worked for a Charcutier store and Rene worked for a butcher. They were married in October 1953.

Following the birth of their son Richard in 1956, Marcelle and Rene immigrated to Fresno, California in 1959. Son Daniel was born in 1961 and they lived as active citizens of Fresno for 60 years. Marcelle and Rene loved to entertain extensively and thoroughly enjoyed the company of their American and European friends and their families.

Marcelle’s restaurateur profession closely matched Rene’s strong desire to commence his entrepreneurship in opening the Swiss Bavarian House, a 600-seat restaurant with banquet facilities. Later they opened two Rene’s Restaurants, both fine dining establishments. Marcelle was instrumental in the success of all three establishments serving as the consummate hostess, banquet coordinator, service manager, and accountant. Marcelle and Rene were a professional team.

Marcelle spoke three languages and was member of both the French and German ladies clubs in Fresno. She was skilled in sewing, early on designing and making fashionable wardrobes. Marcelle crafted needlepoint art with a specialty in beautiful French antique tapestries which adorn her and many family’s homes.

Marcelle and Rene enjoyed traveling to Europe, Hawaii and the Caribbean. They also travelled to the San Francisco and Orange County regions on many occasions to visit their sons and families including the blessings and joy of four grandsons.

In early 2018 Marcelle and Rene moved to Shelburne, Vermont to be closer to their sons and families. Richard and Daniel, and family gratefully thank the staff of the Residences at Shelburne Bay Retirement Community and the Bayada Home Health Care for their expertise, kindness and compassionate care for Marcelle.

You may also share your memories of Marcelle and comments to the family (visit the Memory Wall link).

The video found on the 'Photos & Videos' link includes a slideshow with accompanied by the following songs:
1000 Reasons (Bless the Lord) - Matt Carlson
You Raise Me Up – Josh Groban
I’ll See You Again - Westlife
How Great Thou Art – The O’Neil Brothers Group
The Prayer – Celtic Woman
Ave Maria – Celine Dion
Give Me Jesus – Fernando Ortega

Please visit the following link to watch some videos of Marcelle: https://youtu.be/SzhNz21JThI

With His loving Grace,
Rich and Dan
and Family

A Catholic Rite of Committal/Burial service will be held at the Shelburne Cemetery, in Shelburne, Vermont on April 16, 2021 at 1:00 pm. Monsignor Michael DeForge of Saint Catherine of Siena Parish officiating.
Read Less

We encourage you to share your most beloved memories of Marcelle here, so that the family and other loved ones can always see it. You can upload cherished photographs, or share your favorite stories, and can even comment on those shared by others.

Bill & Dee Foster, Your friends at WFY, and other have sent flowers to the family of Marcelle Klopfstein.
Show you care by sending flowers

Posted Apr 19, 2021 at 01:56am
I’m sorry for the loss of your lovely mother and the recent passing of your father. The video brought back so many memories of growing up with you boys. All the old friends and trips the group went on. They were so much fun and boy did they laugh and have fun at those parties. To me Marcelle was like a rock. If anyone had a problem they would go to her. Growing up she was like a second mom. Marselle was everyone’s best friend. I’m happy you had your parents for such a long time. I remember how hard they worked, especially the restaurant business. Raising kids and working isn’t easy, but she managed it and always had a smile on her face. So much more I could say, but feel blessed that I knew them and they are together again. All my love to your families. Love Diana and Randy Cox
Comment Share
Share via:
BF

Bill & Dee Foster purchased the Your Light Shines and planted a memorial tree for the family of Marcelle Klopfstein. Send Flowers

Your friends at WFY

Your friends at WFY purchased flowers for the family of Marcelle Klopfstein. Send Flowers 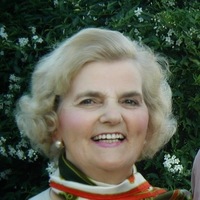 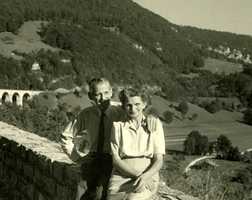 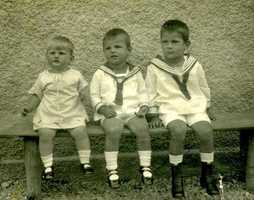