To share your memory on the wall of Leonard Ward, sign in using one of the following options:

We encourage you to share your most beloved memories of Leonard here, so that the family and other loved ones can always see it. You can upload cherished photographs, or share your favorite stories, and can even comment on those shared by others.

Posted May 15, 2021 at 01:29pm
...what's going onnnn!!?? ...and anyhow!! A couple of the many things we'll miss.
It was a great opportunity to say our goodbye's to Uncle Leonard last week and to see you kids - hard times and good laughs.
Y'all take care and remember the good times! 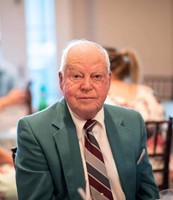