To share your memory on the wall of Leo Gratton, sign in using one of the following options:

Print
Leo Paul Gratton, 81, of Silver Springs, FL, formally of Colchester, VT passed away peacefully on April 3, 2020 under the care of Hospice following a brief illness.

Born February 26, 1939 to Oscar and Antoinette (Gaboriault) Gratton. Leo was the owner of L Gratton Trucking until he retired. Leo and Beverly Cota were married August 3, 1957 in Vermont. They had four sons Ricky, Larry, Danny, and Mark Sr.

Wife Beverly and Son Danny preceded him in death along with parents Oscar and Antoinette, two brothers Joe, Oscar, five sisters Cecile, Rita, Dorothy, Florence and Shirley. He is survived by sons Ricky, Larry, Mark Sr, and brothers Bernie and Johnny, sisters Marie and Annette, 11 grandchildren, 22 great grandchildren and many nieces and nephews. He is also survived by longtime companion Theresa Carmichael.

It was said best by his brother in-law Paul, "Leo's joy of living made everyone want to be his friend."

There was a cremation and a celebration of life will be held in Vermont at a later date. Arrangements are under the care of LaVigne Funeral Home and Cremation Service.
Read Less

We encourage you to share your most beloved memories of Leo here, so that the family and other loved ones can always see it. You can upload cherished photographs, or share your favorite stories, and can even comment on those shared by others.

Posted Apr 09, 2020 at 08:24pm
Thinking of you at this time. We are so sorry for your loss. Prayers to you and your family. Jeff & Monica Lang
Comment Share
Share via:
SA

As an 18 yr old I came to Leo, desperately wanting to learn how to drive trk.. He gave me the chance and I learned so much..many times Leo,would tell me " don't do as I do do as I say".. could not have asked for a better teacher ..your back with your bride ..R.I.P..Stevo 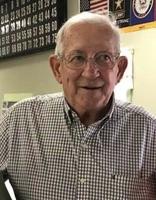