To share your memory on the wall of Jeffrey Blondin, sign in using one of the following options:

We encourage you to share your most beloved memories of Jeffrey here, so that the family and other loved ones can always see it. You can upload cherished photographs, or share your favorite stories, and can even comment on those shared by others.

The Kokoszyna Family and Debbie & Jack Murphy sent flowers to the family of Jeffrey Louis Blondin.
Show you care by sending flowers

Posted Nov 13, 2020 at 08:44pm
I’m so sorry to hear this Jeff was part of the old gang my greatest memory with him is when we made movies in high school we did a movie called Sabbath bloody Sabbath I’ll spare you the details but we all had so much fun making that movie that was some fun times in our youth. So sad to say goodbye to yet another kid from our Winooski streets! Tonight I’ll raise a glass in his honor goodbye old friend!
Comment Share
Share via:
MM

Posted Nov 13, 2020 at 03:41pm
To a very good friend that I grew up with as a child. Such great memories, has awesome times especially our high school days, will always have those memories. Loved going to Loudon with Jeff as he was big with NASCARracing. He ejoyed traveling with the " Vermont Village " Everyone loved having Jeff camp out with them ! One huge NASCAR event that will stock in my head, Sure Lube 300 on September 17, 2000 his driver Jeff Burton #99 Exide Roush Racing started and finished the race as the winner leading every consecutive lap ! Jeff was the happiest race fan ever !!! I will miss him as my friends as well, Jeff thank you for the memories my friend. I will miss you but you will be always be remembered !
- McEd
Comment Share
Share via:

Posted Nov 13, 2020 at 09:48am
My deepest condolences to Jeff's family he will be truly missed. His unique humor and laugh will never be fogotten . I met Jeff from my ex husband Robert Lawrence . Jeff lived with us for a few years and was always kind and helpful. He will always have a place in my heart and memories. So sorry Robert Lawrence for the loss of your best friend always remember the good times. Anna
Comment Share
Share via:
TF

The Kokoszyna Family purchased flowers for the family of Jeffrey Blondin. Send Flowers

Posted Nov 12, 2020 at 12:25pm
I can think of no words that will suffice right now. Know Im thinking of all of you. Sending love and deepest condolences. 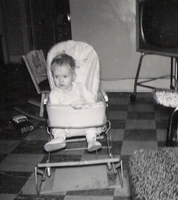 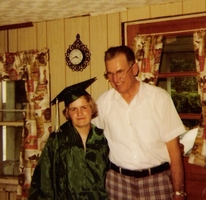