To share your memory on the wall of James Bronson, sign in using one of the following options:

Jim graduated from the College of the Holy Cross in Worcester, Massachusetts in 1953 with a degree in Political Science. He then joined the U.S. Marine Corps and served 2 ½ years of active duty and an additional 20 years of reserve duty. During his 34 year career in the CIA, he worked for the Foreign Broadcast Information Service in Cyprus, Panama, Okinawa, and the Washington, DC area. After retiring, Jim moved to Burlington, Vermont in 1994 where he was active as a volunteer for St. Joseph’s Care Home where he met his wife Esther. He also volunteered for Vermont Catholic Charities. Jim and Esther married in 2014.

Jim and Esther were avid travelers and visited countries the world over. They often travelled to visit their children in their homes both domestic and abroad.

In high school, Jim was an excellent student, earning several Latin awards. He was a talented baseball and basketball player, playing on regional minor league teams in his teens and early twenties. He coached youth basketball for CYO teams including those of his sons. As an adult he became an avid tennis player. He continued to be a basketball fan particularly for the University of Vermont men's and women’s teams and was also a Boston Red Sox fan dating back to the days of Ted Williams. He supported his children’s endeavors, from sports, to art shows, to science fairs, and more.

A devout Catholic, Jim was a charter member of Holy Cross Parish in Kensington, Maryland. He was a member of Christ the King - St. Anthony Parish in Burlington, Vermont and was an active supporter of Right to Life causes.

Jim was known for his intellect and wit and was a voracious reader, particularly of history. He enjoyed all kinds of music ranging from swing, folk music, bluegrass, jazz, and especially opera. He and Esther made the annual pilgrimage to the Tanglewood Music Center for many years.

The family would like to thank the Visiting Nurse Association & Hospice of Bennington, Vermont, especially Emily and Kim, for their care and support of Jim.

In Jim’s memory, donations can be made to the Alzheimer’s Association at https://act.alz.org or to Vermont Catholic Charities at https://www.vermontcatholic.org/ministries-programs/catholic-charities/ways-to-give/

A graveside service will be held in St. Albans, Vermont at a date to be determined.
Read Less

We encourage you to share your most beloved memories of James here, so that the family and other loved ones can always see it. You can upload cherished photographs, or share your favorite stories, and can even comment on those shared by others. 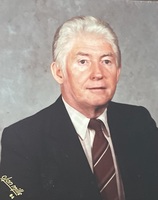 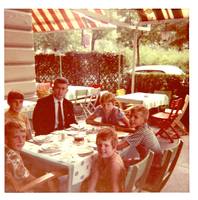 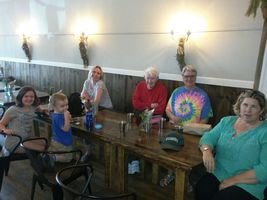