To share your memory on the wall of Irene Duchesneau, sign in using one of the following options:

Winooski - Sister Irene Duchesneau, Religious Hospitaller of St. Joseph of the Fanny Allen community went to her eternal resting place on December 5, 2020 having lived to the fullest of her abilities with which she was so richly blessed.

Sister Irene was born with a song in her heart to Eugene and Adrienne (Vachon) Duchesneau in Chicopee Falls, Mass. on October 19, 1930, the oldest of 4 children. She was pre-deceased by her parents as well as her brother Roland and sister, Claire. Besides her sister in religion, she leaves her sister Annette Mulcahy, several nieces, nephews and cousins.

She received her basic education in bilingual schools in Chicopee Falls, Mass. and Nicolet, Canada as well as at Sacred Heart High School, Newport, Vermont. She entered the RHSJ convent in Burlington in July 1948, received her basic nursing education at the Bishop DeGoesbriand Hospital, B.S. in nursing from St. Louis University in 1955 and her Masters in Nursing Administration from Catholic University of America in 1959.

Sister was appointed Director of the Jeanne Mance School of Nursing in 1959 and worked relentlessly with the state and federal governments to build the Jeanne Mance nurses' residence. She held this position from 1959-1969 during which time she held leadership positions as President of the State Board of Nursing, the Vermont League for Nursing and the Vermont State Nurses Association.

In June, 1969, she was elected to the General Administration of the Hospitallers of St. Joseph in Montreal until 1978. She was assigned to the Fanny Allen Hospital as VP for Human resources and Mission services until 1989. She was appointed to the Provincial Administration in Montreal, sharing responsibilities for corporate affairs until 1996. She was reassigned to the Fanny Allen Hospital serving as liaison with Covenant Health Systems and member of both Boards of Directors.

Under her visionary leadership, Fanny Allen maintained its Catholic presence while entering into a fruitful relationship with Medical Center Hospital of Vermont in 1995. She served as Executive Director of the Fanny Allen Foundation and President of the Fanny Allen Corporation from 1996-2009.

Sister Irene had a broad range of interests including sports, board games, needle work, music, reading and conversations with friends and colleagues sharing her unwavering commitment to the Gospel imperative in Matthew 25. Her enthusiasm, energy and creativity led to establishing the Fanny Allen Foundation in 1999 ensuring the continuity of the RHSJ mission and heritage throughout Vermont partnering with charitable agencies sharing common values.

She was a member of Covenant Health Systems Board of Directors from 1995-2004 sponsors of the Fanny Allen Hospital, served on several boards of Directors in collaboration with numerous agencies sharing the mission of the RHSJ. She was staunch in her advocacy efforts at the State and local levels, known for her candor in speaking "truth to power." Staff, political leaders and decision-makers described her as unwavering in her unequivocal dedication to providing quality of life to those in greatest need; the homeless, alienated, vulnerable, disenfranchised, faithful to the timeless mission of the Religious Hospitallers of St. Joseph.

Sister Irene was the last Religious Hospitallers of St. Joseph residing in Vermont.

There will be no Mass at this time due to COVID-19.

We encourage you to share your most beloved memories of Irene here, so that the family and other loved ones can always see it. You can upload cherished photographs, or share your favorite stories, and can even comment on those shared by others.

Plant a Tree in Memory of Irene
Plant a tree 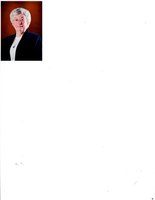