To share your memory on the wall of Gregory Mitchell, sign in using one of the following options:

Greg was born July 29th, 1947 to Willard M. and Doris Dattilio Mitchell. Greg was one of the early baby boomers lucky enough to enjoy the wilderness of the developing New North End. He would hunt and trap along the railroad tracks, fish Apple Tree and Rock Points, he also played in the wooded areas before encroaching development took place. His passion for hunting and fishing continued throughout his life. Hunting camp, particularly archery season, provided his greatest pleasures, where friendly banter, pranks, and great food
unified his closest friends and family with nature and comradery. He found solace in nature’s beauty. Interestingly, he used those memories to soothe and stabilize many difficult days of his disease.

Greg graduated from Rice High School in 1965. Always a prepared athlete; he would start football training in the spring and practice all summer to be ready in the fall. Often, he could be found practicing his golf swing and long drives in the big fields close to his home. As a teen he even built his own Putting Green by wheel barrowing his favorite dirt from the same fields to his backyard 300 yards away. Pick up basketball games with foul language were common among Greg and his friends. He also regularly played flag football for years before an
injury unfortunately halted his game. But always the athlete, he then competed out of Iron Works gym for many years as a successful power lifter earning several trophies. Greg was an avid Red Sox and Bruins fan, regardless of their standings.

Greg was a member of the Tau Kappa Beta fraternity while at Paul Smiths College, and graduated in 1969. Greg was also dedicated to the Service at this time and would return home once a month for Vermont Air National Guard training. Greg retired from the guard after 33 years of service on his 60th Birthday.

His professional career began at CIT Finance, but he switched paths and started at Cedric Electric, then partnered to form M&B Electric. Greg was then employed at Hazelett Strip-Casting and finished his career at Pizzagalli Construction as an electrical estimator.

Greg married the love of his life, Donna McCluskey in August 1970. Greg and Donna celebrated their 50th wedding anniversary in August of 2020. Their children organized a covid compliant celebration of their marriage in the family’s backyard. Donna provided dedicated caregiving, love and support that allowed him to be at home throughout his disease.

Greg loved his family dearly and was always there for his children and grandchildren. He excitedly attended each one of their dance recitals, hockey games, swim meets, soccer and baseball games. He was streamside to see
them catch their first rainbow trout and gifted them all with lifetime hunting and fishing licenses. He especially enjoyed family backyard BBQ’s and holiday gatherings and traditions while taking pleasure in seeing the enjoyment in ​others. Greg also cherished his nieces and nephews and loved to hold any newborn who got welcomed into the family by those bulky muscled arms.

Donna & family would like to extend their gratitude the UVM Medical Center McClure 5 - Nurse Kristy, Dr. Zerebiec and the entire nursing staff.

There will be a viewing held at LaVigne Funeral Home on Tuesday, March 30th, from 4:00 PM - 7:00 PM.
A Mass of Christian Burial will be held at Saint Mark's Catholic Church on Wednesday, March 31st at 11:00 AM.
Read Less

We encourage you to share your most beloved memories of Gregory here, so that the family and other loved ones can always see it. You can upload cherished photographs, or share your favorite stories, and can even comment on those shared by others.

Posted May 02, 2021 at 09:53am
I knew Greg from the Air Guard. We worked together in the warehouse for many years and I found him to be a very nice guy with a great sense of humor. I am so sorry to hear of his illness and his passing. My sympathies...
Comment Share
Share via:
SH

Posted Apr 03, 2021 at 12:36am
Dear Brad and Terri, So very sorry to read of your loss. The loss of a sibling is so very very sad! May your wonderful memories sustain you through your grief. I will pray for Greg and his whole family as I will pray for you to find your peace! May he rest in eternal peace!
Comment Share
Share via:
KB

Posted Mar 31, 2021 at 08:17pm
My deepest condolences to the Mitchell Family.. I am sorry to hear of Greg's passing. Greg was a year behind me at Rice Memorial and I only new him casually at school. It was several years later that our paths crossed when Greg was working for Cedric Demerit.Iworked with Greg for nearly 30 years as vendor and followed his career until my retirement in 2012. Greg was a great human being that always treated others with respect.
I always enjoyed talking deer hunting and anything outdoors with Greg.
Rest in peace Greg.
Comment Share
Share via:
KM

Posted Mar 30, 2021 at 11:23am
It was such a pleasure in my time at PC to work with and get to know Greg. He was a great person. If you wanted to see him light up and speak with pride just ask him about his family, he loved them dearly! My deepest condolences to his family and friends!
Comment Share
Share via: 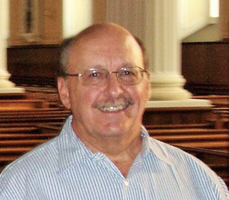 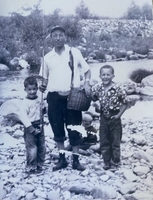 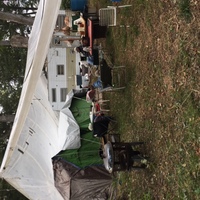