To share your memory on the wall of Eugene Marshall, sign in using one of the following options:

Print
Eugene P. (Gene) Marshall, 78, of Colchester died peacefully at home in Colchester, with his family by his side on Monday, April 13th, 2020 following a long illness.

Eugene was born in Windsor, VT on July 12, 1941, the son of Maurice and... Read More
Eugene P. (Gene) Marshall, 78, of Colchester died peacefully at home in Colchester, with his family by his side on Monday, April 13th, 2020 following a long illness.

After leaving the Air Force in 1965, Gene, went to work at IBM, he was employed by them for 25 years, retiring in 1990. After retiring he worked part time for Double Eagle Security for several years until completely retiring in 2003.

Gene’s favorite pass time was watching all the old westerns and John Wayne movies on TV, he would watch them over and over again. He enjoyed spending time with family and friends, and going to the Foxwood Casino. He had a special love for dogs, it didn’t matter whose.

He was predeceased by his wife Elaine, of 50 years, his parents, his stepmom Della, his mother and father in-law (Wilfred and Mildred Desso), two stepbrothers, Ray & Fred Taft, three sisters in laws Joyce Costello, Dorothy (Pat) Desso, and Marion Taft.

We would like to give a special thank you to Dr. Kathryn Gonzales MD at the VA and the Home Based Primary Care group, who provided him with excellent care through the years and to Bayada Hospice who provided end of life care for Gene and his family, their exceptional service made this time easier on all of us.

A celebration of Gene’s life will be held at a later date at the convenience of the family. At that time Interment will be at Fairview Cemetery in Essex Jct.

In lieu of flowers, kindly send donations to Age Well, 76 Pearl Street, Suite 201, Essex Jct, Vt. 05452. With their help Gene was able to remain in his home after the loss of his wife.
Read Less

We encourage you to share your most beloved memories of Eugene here, so that the family and other loved ones can always see it. You can upload cherished photographs, or share your favorite stories, and can even comment on those shared by others.

Posted Apr 21, 2020 at 06:03pm
Dear Tina & Kenny ~ our thoughts and prayers are with you at this time. Your Dad was awesome and is now with your Mom. We are so very sorry for your loss. Much love to both of you!! ~ Robert & Lisa
Comment Share
Share via:
FW

You are in our thoughts and prayers at this difficult time. So sorry to hear about Uncle Gene. May he be free of pain and in the arms of the Angels and Aunt Elaine. 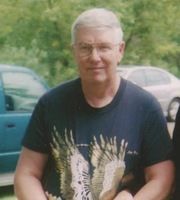