To share your memory on the wall of Emily Smith, sign in using one of the following options:

Print
Emily Patrice Smith passed away on Tuesday, August 4th, at her home in Waterbury.

Emily was born in Burlington, Vermont on June 8, 1983 to Stephen Smith (deceased) and Sarah Shea Smith.  Emily is survived by her husband, Daniel Nguyen, ... Read More
Emily Patrice Smith passed away on Tuesday, August 4th, at her home in Waterbury.

Emily graduated in 2001 from Rice High School and attended the University of Vermont.  Throughout her career, she was drawn to jobs in the service industry where she could interact with other people. Her positive energy and genuine interest in others enabled her to connect with and provide loving support to those she worked with during her career in healthcare as an LNA.

She married her devoted husband, Dan, on August 18, 2018 at Starr Farm near the family camp in Burlington. A blissful day that many of us will cherish! Her happiest hours were spent by and in the waters of Lake Champlain. Emmy's favorite part of the day was watching the sunset over the lake and mountains because it reminded her of her beloved "Pops".

In the years Emily and Dan were together she became well known to the local Vietnamese community. Her vivacious, bubbly personality was something they were not accustomed to, especially her propensity for hugging and telling people that she loved them. It is said that now there is a lot more of that going on within the community.

Family was everything to Emily and, in her words, "A family like ours is hard to find!" She enjoyed a special relationship with her Shea cousins. Each summer for over 20 years they would gather for "Cousins' Night" when she would often design the menu and direct the evening activities, including homemade board games, boisterous (albeit off-key) singing and spontaneous dancing.

Emily will be fondly remembered for her infectious smile, kind heart and creative mind. She was thoughtful and loyal and she brought enthusiasm, affection, and laughter to every occasion. Her spirited and unique zest for life will be dearly missed.

A Mass of Christian Burial will be celebrated on Tuesday, August 11th, at 11:00 a.m. at Saint Francis Xavier Catholic Church in Winooski. To send online condolences, please visit lavignefuneralhome.com.

In honor of Emily’s memory, you may donate to the Vermont Chapter of The Alzheimer’s Association.
Read Less

We encourage you to share your most beloved memories of Emily here, so that the family and other loved ones can always see it. You can upload cherished photographs, or share your favorite stories, and can even comment on those shared by others.

HANDLEY JOHNSON, Love The Bombard family, and other have sent flowers to the family of Emily Smith.
Show you care by sending flowers

Posted Aug 10, 2020 at 08:04am
I will forever cherish all of the hugs and "I love yous" we shared. I will miss Emily more than words will allow me to express.

3 trees were planted in the memory of Emily Smith

Posted Aug 09, 2020 at 07:55pm
We are thinking of the Smith family and are sending our love. We have such fond memories of Emily and will continue to carry them with us .

3 trees were planted in the memory of Emily Smith

Posted Aug 12, 2020 at 10:33pm
Dear Loc and Family, I am so sorry to hear of Emily's passing! May her soul rest in peace and may God give your son, her parents and your family the strength and patience to deal with her loss. Sending our sincere condolences, Jeanine and Fram Akiki
Comment Share
Share via:
RM

Posted Aug 12, 2020 at 07:45pm
Sarah, Matt and Sam so sorry to hear this. I remember Emily and have a photo when she was 4 or 5 years old and later on visiting you all in Burlington. God bless.
Comment Share
Share via:
JD

Posted Aug 11, 2020 at 10:25pm
My Dear Sarah, I am so sorry to hear of your Dear daughter Emily’s passing. I didn’t have the privilege of meeting her. but knowing your loving family and hearing about how special she was! wishing you strength during this most difficult time ❤️
Comment Share
Share via: 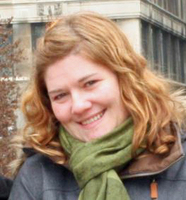 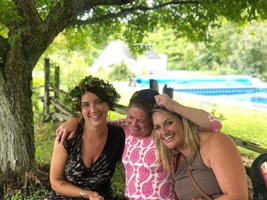 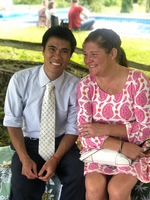 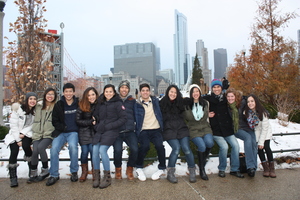