To share your memory on the wall of Elizabeth Gadue, sign in using one of the following options:

After college, Betty worked at Lawrence and LeClair furniture store with her father in downtown Burlington and then taught home economics at Shelburne High School. She fondly remembered looking out of her classroom window to see the steamboat Ticonderoga being hauled over land from Lake Champlain to its present site at the Shelburne Museum.

On August 20, 1955 she married Robert A. Gadue of Winooski. They lived in Burlington throughout their married life and proudly welcomed five children. Mark, Anne, Patrice, Carol and Laurie were blessed with Mom’s unconditional love, her fine example of how to live with Christian values, and the ability to always see the good in each other and in our neighbors. For all those lessons we are eternally grateful.

In the tradition of her family, in particular her father Mark Lawrence, Betty was a true businesswoman in her own right. She and her husband Bob purchased a One Hour Martinizing company in 1975 that later became Gadue’s Dry Cleaning, which she sold to her son Mark in 1980. Betty also owned and managed Gadue's Day Care for more than a decade in conjunction with her daughter Anne. Betty was a well-known and respected property owner and manager for most of her adult life. Her legacy lives on in the third generation of ownership of Gadue's Dry Cleaning with her granddaughter, Aline Gadue Stirling.

Betty Gadue is, perhaps, the most recent longest living member of Spaldings West Shore in Colchester. Betty had been going out to SWS since she was an infant as her mother's family owned #14. In the 1930's, her parents rented camps there and the family would go out for weeks at a time. In 1940, Betty's parents bought their own camp (for $2000!) from Bond Davis. The entire Gadue Family formed life-long friendships and memories at Spaldings West Shore, and Betty enjoyed ninety summers there.

Betty was a woman of abiding faith who lived her Catholic values every day. She was happiest in the presence of her children, grandchildren, and great-grandchildren, as well as many extended family members and dear friends. Her circle of friends grew by leaps and bounds as she became her children’s, grandchildren’s, and great grandchildren’s biggest fan, attending and supporting as many of their varied activities as possible. Her favorite place to be was at a baseball game that her son was catching or her grandsons were playing; or being in the stands or on the field at a soccer, field hockey, lacrosse, basketball or ice hockey game; or in the audience at a music or dance performance, where she witnessed the growth and success of her children, grandchildren and great-grandchildren. Her first question when making plans for the evening was, “Are we going to a game?” She created many family memories of times spent together at these events. She was truly the glue that bound us together.

She was predeceased by her parents, her beloved husband Bob in 1979, her granddaughter Nora Hicks in 1992, as well as her dear brother Mark Lawrence, Jr. in 2004. Left to cherish her memory are: Mark and Marjorie Gadue; Anne and Steve Biafore, Patrice and Thomas Hicks, Carol and Nathan McHugh; Laurie and Robert Morgan. She is further survived by her grandchildren: Aline Gadue Stirling and her husband Lee; Matthew Gadue and his wife Maria; Melissa Biafore Roberts and her husband Dustin; Benjamin Hicks, Rachael Hicks, and Daniel Hicks; Dae Han McHugh, Aiden McHugh, and Fiona McHugh; Patrick Morgan, Christopher Morgan, and Emily Morgan. She also leaves six great-grandchildren: Greta, Eve and Rowan Stirling; Samara Martell and Matthew Gadue; Benjamin Roberts.

There will be no visiting hours. We are fortunate to hold her funeral at St. Michael's College Chapel of St. Michael the Archangel, with its very large seating capacity and where all are welcome, on Tuesday, June 16, at 11:00 a.m. There will be room for all who would like to attend and still maintain social distancing protocols. Please wear a face mask and refer to the following link regarding protocols for celebrating Mass issued by the Diocese: https://vermontcatholic.org/vermont/message-from-bishop-coyne-re-resuming-the-celebration-of-mass/
Read Less

We encourage you to share your most beloved memories of Elizabeth here, so that the family and other loved ones can always see it. You can upload cherished photographs, or share your favorite stories, and can even comment on those shared by others.

Posted Jun 17, 2020 at 08:46am
A life so very well lived; Betty Gadue shared her grace and kindness with so many of us along her way. Her gifts, and those of their father, have been passed on to Mark, Anne,Patrice,Carol and Laurie and their families. We are blessed by their presence and share in their sorrow over Betty’s passing.
Hugs to each of you,
Dr. Mimi Reardon
Comment Share
Share via:
AS

Posted Jun 16, 2020 at 02:28pm
I had the pleasure of meeting Betty at an induction ceremony of a friend to the Saint Michael's Sports Hall of Fame a few years ago. In this chance meeting she felt like an old friend as we shared stories of our lives. Through this fruitful conversation, we realized that we were distant relatives. Betty's Mom, Delia Courcy and my Great Grandmother Lucille Anna Courcy were sisters. We laughed at the fate of our lucky conversation and shared memories. I spoke of my Grandmother, her marriage and 11 children and she shared stories of my Great Grandfather Dr. B.J. Bombard who was her uncle and his son Dr. Clarence Bombard who was my Mothers Father and Betty's first cousin. Over the years I thought of her often and wished I had gotten the chance to visit with her again. She was a great story teller that night of the days of ole'. As a lover of family history, she had me captivated by her grace as she shared a window into her own life that was in a small way tangled with mine. My she rest in peace and her love surround her family and all who were lucky enough to have known her. I am attaching a photo that my Aunt shared with me. The little girl in the chair is my Great Grandmother who would have been Betty's Aunt. Perhaps Betty's Mother is in this photo as well?
Warmest Regards, Ashley Sullivan and all the Bombard Clan. 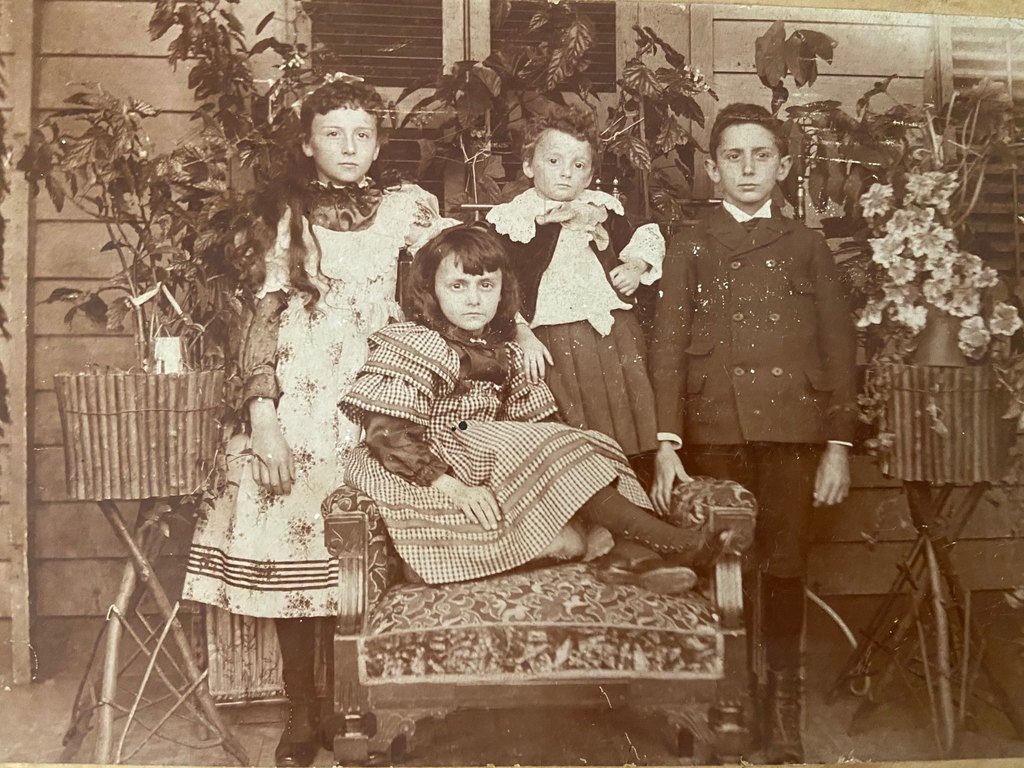 Posted Jun 16, 2020 at 12:09pm
Please accept my deepest sympathy. Your mom, grandmother was an amazing woman. I am keeping all of you in my thoughts and prayers at this time.
Comment Share
Share via:
MM

Posted Jun 16, 2020 at 10:49am
Love and sympathy to the whole Gadue clan, especially Mark, Ann, Patrice, Carol and Laurie. Mrs. G was a formative figure in my upbringing and an irreplaceable presence at Camp. I'll miss her terribly, and wish you all comfort in this very hard time. I'm with you in heart, mind, and spirit for her funeral since I sadly can't be there in person. I'll save the huge hug I wish I was giving each of you for when I see you next.
All my love,
Molly 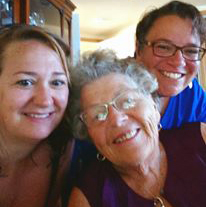 Posted Jun 16, 2020 at 09:14am
Anne and family I am sorry to hear of your mom's passing. I will always remember her great smile. You are all in my thoughts and prayer
Pam Foley
Comment Share
Share via: 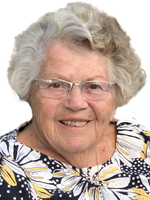 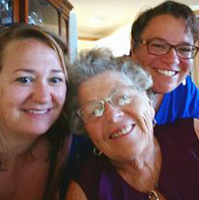 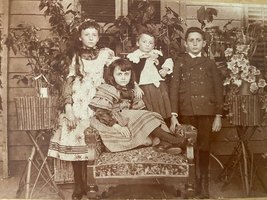