To share your memory on the wall of Crow Daignault, sign in using one of the following options:

Crow was the embodiment of cool. He rocked out on his Custom Paul Reed Smith guitar t... Read More
Crow V (born Skyler Patrick-Thomas) Daignault unexpectedly passed away on June 4, 2021. He was 17 years old and a rising senior at Milton High School.

Crow was the embodiment of cool. He rocked out on his Custom Paul Reed Smith guitar that he paid for himself, each chord a part of his soul. He was an avid fan of the band Polyphia and taught himself songs from Green Day, the Red Hot Chili Peppers, Tom Petty and more. He often played at MHS Coffee House. If you were lucky enough to hear Crow play, you knew you were in the presence of true talent. Wearing his leather jacket like a second skin, and he could pull off aviators, a true rockstar.

Since he was old enough to talk, it was apparent that Crow did nothing by halves. Whether it was his latest project, or his passion for music, he invested himself fully in whatever he was doing. An accomplished guitarist, an aspiring mechanic, and an automobile enthusiast; Crow lived and worked with dedication and intensity towards a bright future.

To Crow, life really was a highway, and he wanted to drive it all night long or so the song goes. An Auto Body student at Burlington Tech, Crow fueled his passion for cars. In addition to driving, was always scoping out new places to do donuts. He worked hard, saved his money, and bought his 2012 six speed Camaro. He loved driving his car and taking late night road trips, especially with his brother. Some of which ended up in everlasting family legends.

Crow's work ethic and personal drive were extraordinary. Quickly receiving promotions at work, dabbling in new career opportunities, and always making honor roll...He impressed us with his maturity, amazed us with his accomplishments and touched our hearts with his love.

Above all else, Crow loved his family. Crow was the perfect complement to his brother Rylie, adding in quiet witticisms to Rylie's comic relief. Wise beyond his years, Crow was the calm in every storm and brightened the lives of everyone who knew him. He was the best of the best in every way. We will love you forever, Crow.

Joshua Brissette and his family, extended family and countless friends. He was pre-deceased by his great-grand parents and great-aunt.

Please consider donating to the GoFundMe Fundraiser started in Crow's honor to help support Ashley and her son Rylie during this difficult time: https://gofund.me/42be9ef2
Read Less

We encourage you to share your most beloved memories of Crow here, so that the family and other loved ones can always see it. You can upload cherished photographs, or share your favorite stories, and can even comment on those shared by others. 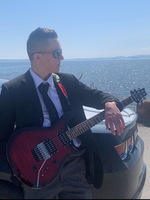 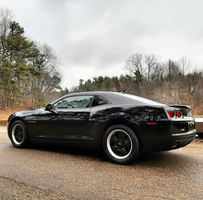 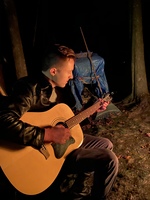 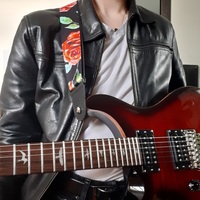