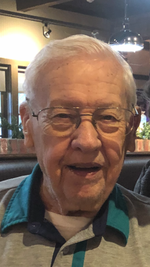 A light has gone out in Winooski: C Raymond “Ray” Villemaire, Jr. passed away on June 17, 2020, after an extended stay in the hospital, rehab, and hospice care.  He was a resident of Converse Home in Burlington, Vermont for the past few years, but resided his entire life in Winooski.  He was an extraordinary son, brother, husband, father, teacher, administrator and coach.  His tenure as an educator spanned several decades. Many remember Ray as a strict, but caring leader who always had time for anyone who needed help.  His passion for sports was personified in the many teams and athletes he coached over the years.  Whether it was football, basketball or baseball, he loved mentoring youth in the enjoyment of play and the development of sportsmanship more than the outcome of wins and losses. He was a true “Spartan” through and through.

Ray’s faith was unparalleled; as a member of both St. Francis Xavier and St. Stephen parishes, he gave his heart to the Lord in everything he did.  His involvement in the community was vast; from youth activities, to civic committees to the Winooski Historical Society, he gave of his time and his expertise to help his community grow over the years.

Ray was born on July 27, 1927, the oldest son of Clement Raymond Villemaire, Sr., and Gertrude Sullivan Villemaire.  He attended St. Louis Convent School through the 7th grade, and was in the 8th grade class that was the first to graduate from St. Francis Xavier Elementary School. He went on to attend and graduate from Winooski High School and St. Michael’s College.  He married Shirley Paquette in 1951, and they raised three children on 2 Lapointe Street. He taught, coached and was an administrator and athletic director in the Winooski School District for a total of 35 years.

He is predeceased by his parents, wife Shirley, sisters Rose (Larivee), Rita and Claire (Ritchie), brother-in-law Conrad “Tiny” Ritchie, and brother Charles.  He is survived by his children; David and wife Trina (Dorey) of Florida and Vermont, daughter Jeanne and husband Bryan (Macsata) of Vail, Colorado and daughter Mary of Westford, VT, as well as his granddaughters Elsie Raye Macsata of Colorado and Veronika Amorese-Villemaire of Vermont. He also leaves behind his brother Gerard and wife Ruth, brother Robert and wife Theresa, sister Frances “Patsy” and husband Robert Decarreau, sisters-in-law Beverly Villemaire and Fay Parr of Florida, and a plethora of nieces, nephews and their children.  He will be missed by his dear friend, Fr. Stephen Hornet, S.S.E., pastor of St. Stephen’s Parish, as well as many, many other friends.

Memories of Ray will be infinite, from his wit and sense of humor to his bellowing singing voice. His accomplishments and experiences were countless.  His work with the Vermont Referees and Umpires Association was a thankless job.  Everyone who knew Ray will know how much the camp on Georgia Shore meant to him. He even used his knowledge of French in the Korean Conflict to be an interpreter for the U. S Forces.  But, the greatest of all his loves was his family - family was always first with Ray.

His family would like to thank all the caregivers, medical personnel and staff at UVM Medical Center and Elderwood of Burlington, and particularly, The Converse Home, for their dedication to caring for Ray in his last days.  During this incredibly difficult time of quarantine from COVID-19, they gave their time, their knowledge, and mostly, their hearts to make him comfortable and safe in their care.  Our appreciation and respect for all of you and what you do is boundless.  Thank you, thank you, thank you!

In lieu of flowers, donations can be made to Converse Home or St. Stephen's Catholic Church.